Killer Katniss in THE HUNGER GAMES by Suzanne Collins

Hey there, Junkies. So in the wee hours of the night, one fateful September, when the first inklings of the idea to write this blog came to me, I thought this book would definitely be the first I'd write about. Well, three months have passed and I 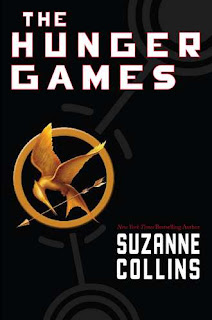 still haven't posted about The Hunger Games by Suzanne Collins.

I don't know why I've put it off. Part of me feels that there's been so much buzz about this book, that at this point it's a little redundant to encourage you to go read it. Because clearly, if you haven't read it yet, you've either been living under a rock or you simply have no interest in bad-ass heroines in dystopian YA novels. So really? What's the point? I can rant and rave about how action-packed and horrifying it is, but I'm just preaching to the choir.


Katniss lives with her mom and her younger sister, Prim, in District 12, the poorest district in Panem, the post-apocalyptic nation controlled by the Capitol. Katniss is a survivor. Despite the death of her father and dire poverty, Katniss takes care of her mother and sister. Katniss uses a bow her father made to poach wildlife with her bestfriend, Gale. Together, Gale and Katniss sneak behind the District 12 fences to hunt and speak freely about their disdain for the Capitol.

Each year the Capitol holds the Hunger Games. Two Tributes, a boy and girl between 12-18 years-old, are randomly selected from a lottery to represent their district in the Hunger Games. Basically, it's like Survivor, only to the death. Whoever stays alive the longest wins! The winner earns amazing riches and food for his/her district.

Prim is selected as the girl from District 12, but Katniss immediately volunteers to go in her sister's place. Peeta, a baker's son Katniss's age, is selected as the male tribute. Katniss accepts her entrance into the Hunger Games as certain death, she only hopes she won't have to kill Peeta.


Katniss and Peeta are pampered and prepared for the Hunger Games in the Capitol. Haymitch, District 12's only former winner of the games, serves as Peeta and Katniss's coach. Unfortunately Haymitch is an alcoholic.

The action starts once they enter the arena and the fight to the death begins. Some of the traps in the arena, and the way these teengagers willingly kill each other is quite horrifying. Once Katniss starts wielding a bow and arrow, her bad-assness erupts. She's a survivor and she'll do whatever it takes to save herself.

Yes, this book is full of gruesome action. But what I love about it are the other, more subtle parts. I love the kind-of-love-story and the emerging love-triangle. I love the dystopian political/social commentary. And I LOVE the question that is barely alluded to: What does killing a person, even in self-defense, do to one's psyche?


Ok, so get out from under your rock, catch up with the rest of us and read The Hunger Games.

Ok, so in a previous post, I challenged anyone to find a tougher heroine than Katsa from Graceling.

What do y'all think? Who's tougher? Katniss or Katsa?
Posted by Alyson Greene at 6:27 PM

From She-Ra to Katniss 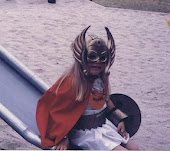 addicted to heroines since 1985